More baking from the birthday celebrations.. and knitting inspiration.

Well, there wasn't just lemon cookies served on the celebration of our birthdays, but also apple cake and cupcakes (and swedish chocolate cake, but didn't take a picture of that one this time.. there is one a bit further back on the blog, I think..).

I've been spending some time browsing Ravelry for inspiration and patterns (knitting, mainly) and I wish I had a little less yarn then I have in my stash (easier to shop some more without having the volume of my stash hanging over me..). I even got a book of knitting patterns for my birthday - and found at least three or four items in there I'd love to knit for myself (ego-knitting) but - once again - it would mean buying more yarn. If (that's a really big if, by the way) I'm good, I ought to knit up a few balls of yarn before I start one of these projects (and buy more yarn).. I've made a small start, and knitted a baby vest (size about 0-4 months), but one ball of yarn doesn't really make much of a difference, I'm afraid.. :P

Have you ever checked out Ravelry? It's addictive..


***
I'm spending a couple of days in Trysil this week - it's my Grandfather's funeral tomorrow. It's such a beautiful and sunny late afternoon tonight, and I'm hoping the sun shines tomorrow too.

Here's to a peaceful evening and a beautiful tomorrow.
1 comment:


I bought my laptop a few - well, ok, closer to 5.. - years ago, and for the past year it's been somewhat less than portable, seeing as it got overheated when the battery was in (weird..?) so it only worked with the power cable in (making it a sit on the couch-kinda computer). Well, I've been wanting a Mac ever since I went to University, and had my mind more or less set on buying one some time this year. So when hubby saw that there was a we've redecorated our shop-sale in one of the down town stores, lo and be hold a brand new MacBookPro ended up in my lap.


So far I've only had time to do some basic playing around and changing of settings, but have noticed the new keys and structures of the keyboard that I will have to learn. Lucky for me, hubby's been using a Mac for quite some years, and even uses one at work, so I've got my very own Mac-support at home. ^.^

In the crafting department, I've been working on a stitchery for Christmas, crocheting on a blanket (which is a never-ending-as-long-as-I-have-suitable-stash-&-leftovers kind of project), knitted a kitchen cloth (kopptue, in Norwegian), and sewing mug rugs. I entered a mug rug swap organized by Quilting Gallery back in January, where we received the patterns to make two mug rugs (or inspire, as the colours were to be of our own choosing). I sent my two mug rugs off to Canada in the beginning of March, and finally received mine earlier this week. (Actually, I thought the pattern was soo adorable, I decided to make two of each when I was sending them to my partner, so that I could keep one set for myself.. sneaky, I know.. but now I've got four new mug rugs to use - and I love how different they are!


Miniman turned three earlier this week, and had two celebrations that day - first in kindergarden, and then again in the afternoon when his Grandma and Emma came for dinner/a playdate. This weekend we're having a third (and hopefully final..) celebration of his birthday - throwing in a minor celebration of mine too. So tomorrow I'm putting on my apron and will spend most of the day baking. Perhaps you'd like to see the results?

Here's a sneakpeak from Wednesday evening..

The office where I work is just down the road from a pretty big arena (actually a football/soccer stadium, but there's been more concerts and other arrangements than football matches there since it opened) and next week there'll be a series of three concerts.. with Justin Bieber.. (I never thought I'd be writing that name on my blog, but there you have it.)

To make sure these concerts are run smoothly and prevent stupid things to happen (like, people crossing the road or causing mayhem i traffic, etc) fences will be put up along the road, the bus won't be able to stop on the usual stops and traffic will be rearranged from 9AM - and there are even shuttle buses coming in from downtown Oslo (and the surrounding area too, I think) from 12PM. (Seriously, even my office has posted a rather large notice with regards to change in security policies during these three days.)

I'm not quite sure how this will affect me, but I chose to take the more pessimistical approach - and rather be positively surpriced if things do run smoothly - rather than think that none of my business will be affected. I mean, coming to work in the morning won't be much of a problem (I might have to take the bus a couple more stops because it won't be allowed to use the usual stops) - however, I'm more concerned about going home in the afternoon..

Considering the chaos that occured last year, when he held a concert downtown in Oslo, I won't be surpriced if something happens this year too. I'm definetly not going, not for anything in the world, and I am very happy I don't have kids in the Belieber-age..

There's so much good music out there - why do they have to bring that little, annoying guy here..? 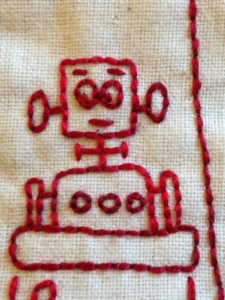