Not quite in a mood for sewing, but knitting's OK.

These little angels are carrying the results from the past evenings. Van you guess what they are? :) 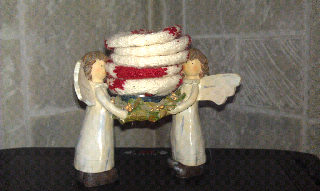 Just a quick note to say that we're all OK.

From CNN's pages describing the horrendous events this afternoon.

And our thoughts go out to those who are touched, wounded or missed deeply by their loved ones.. 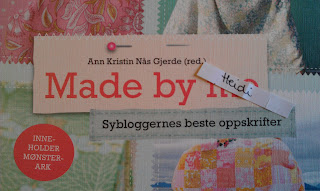 I morgon, i morgon..

Lykke til!
No comments:

Did you ever start something crafty, and things just didn't work? Well, this past weekend has been that kind of weekend..


﻿ ﻿
I've been planning for so long (well, atleast since around April or so) to knit Plutt a sweater in a really nice and squishy yarn I bought at Pickles, and finally decided to start this weekend (I think it was Thursday, actually, but since I didn't have the right needles I had to go by the LYS on Friday).

So, Friday afternoon I pulled out the yarn and the needles, browsed the pattern and cast on. Started to knit. Hang on? This doesn't look right.. *frogged it* Cast on again, using a different technique. What the? *frogged again* Found a pair of smaller needles and cast on, again.. Better. Knitted a while before going to bed.

Saturday I brought the knitting outside when Plutt slept in his stroller (I think he was quite exhausted after a long day, in addition to both not feeling well for a couple of days and possible getting some new teeth). I knitted happily along for a while, and continued when we ventured inside after Plutt woke up. Later that night I looked at the pattern again, and at my knitting.. and back to the pictures in the pattern.. Hmm.. And! *frogged* down to the elastic stitches, switched to bigger needles and started knitting again.

Sunday my mom and Emma came by. We talked about crafting while Emma and Plutt played (well, Emma played, Plutt threw his Duplo blocks all over the floor) and I showed mom my knitting. Oh, this is going to be too small, she said. It might fit him just, but you better knit it fast. Hm. Bummer.. I put it back in the basket as we were going out for a walk with the little ones. Later that evening, after Plutt went to bed, I picked up the knitting once more, looked at it - looked at the pattern, and, guess what? *frogged it*

So now I'm back at the beginning, with bigger needles (once more) and double yarn. It's definetly a bigger size (now I'm worried it's going to be a huge sweater, and not a squishy, soft, cuddly thing he can wear over his t-shirt) but I think I'm done frogging it now.. If I have to frog it again, I think I'm dumping the idea of the sweater and rather find something else to knit with the yarn.

﻿ ﻿ Amidst the frogging and frustration, I did cast on for another miniblanket for the NFI (NBICU) and knitted another round on my Peacock Shawlette (4 rounds down - about 140++ left). I'll have to write another post soon, to show that I've actually done some sewing lately! Yea, I know, I can hardly believe it myself. :P
2 comments: