I am entering the #fussycuttingsewalong giveaway hosted by @naomialicec 🌪🕰🌪 Time flies, and we’re already ending week 26! Halfway there - and loving my blocks 🥰 Still not decided how to sew them together, but there’s still time.. 🤔

Yesterday afternoon I decided to go on a hike after returning home from work. The nearby branntårnet (fire watch tower) has been rebuilt on nearly the same site as the old used to be (got pulled down some time in the 60's), so I put on my running shoes (note to self : you need new ones..), packed a couple of oatmeal cookies and a bottle of water - and went out the door. 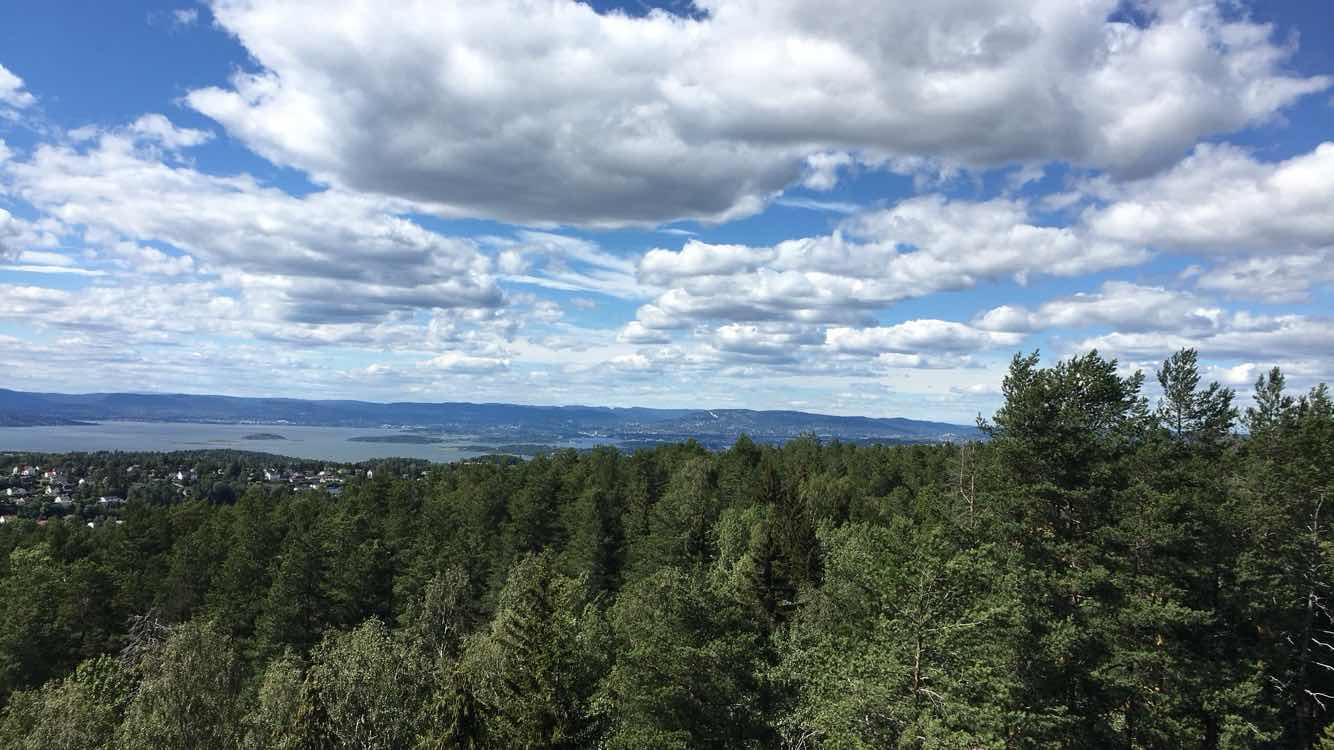 The climb/track up took me about 20 minutes, which is not bad considering it's a steep climb/walk parts of the way. But the view from the top of the tower was great! This first picture is taken towards Oslo, which is where both me and Hubby works. 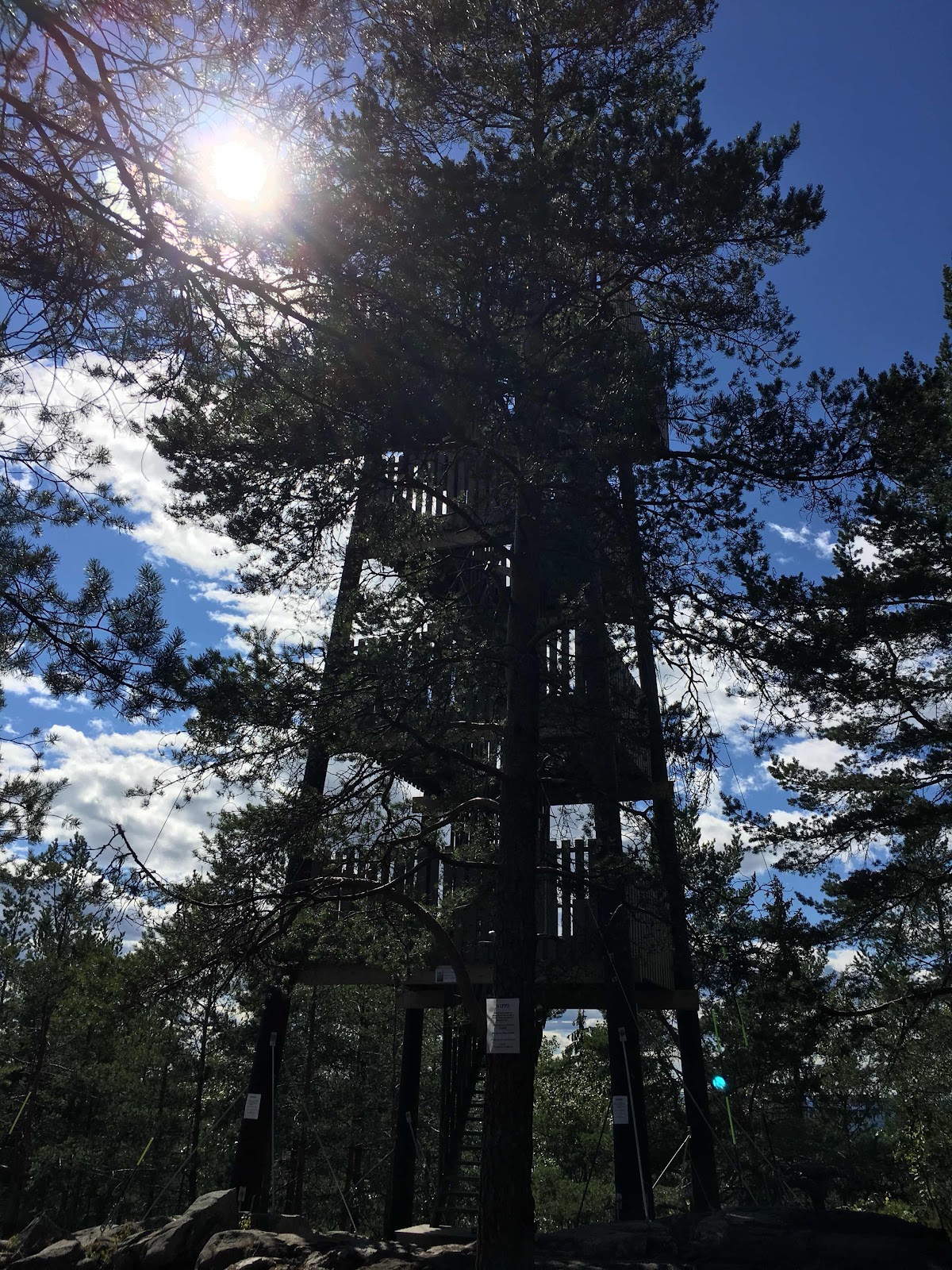 Here's the tower and the sun. There are several picnic benches and tables set up around the base, making it a nice place to take a break. (I had my cookies and water.)

On the way down I took the "long route" - walking along the Oldtidsveien (ancient road/path) through the woods. It took a little longer than usual walking down, as I kept finding blueberries along the path. 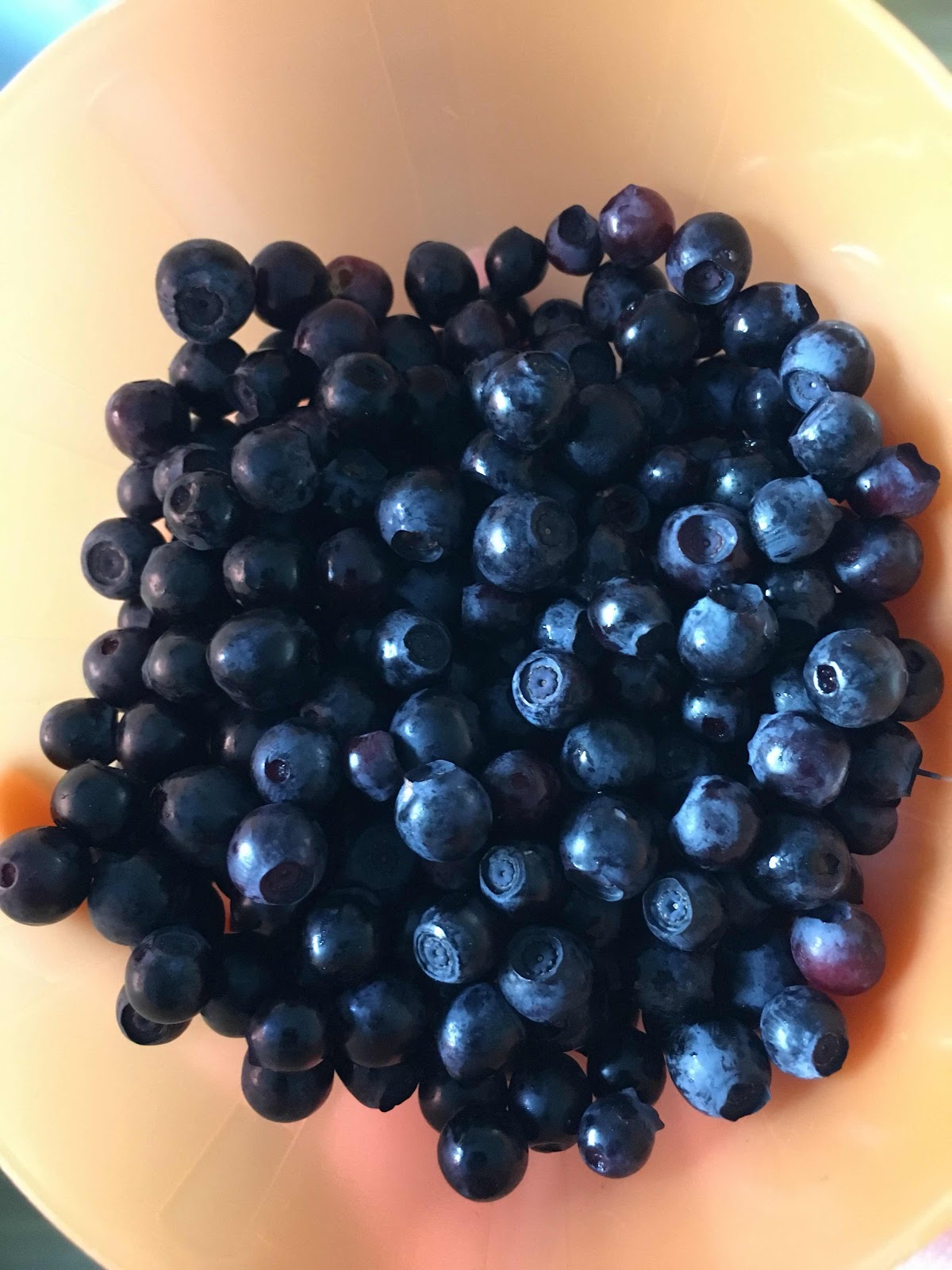 About 1 1/2 deciliter came home with me yesterday. They were a bit small, but the flavour was incredible...!

I'm considering walking a different route another day, towards the nearby stables (Prinsdalstallen) - I know there might be some blueberries there too, because we've picked berries there before. But is it a bit unusual for these to be ripe so soon? I think we only picked berries (except strawberries) later in the summer or early fall..

This morning I brought yoghurt, oatmeal, strawberries and blueberries to work for breakfast. There's a grand chance I'll do the same tomorrow too!